While it’s not as bad as it was even forty or fifty years ago, the modern world stigmatizes the need for mental health professionals. People have this idea that you shouldn’t need to go to a professional to figure out your mental health.

That’s completely and utterly incorrect, and the human brain doesn’t work that way. The real truth is that when you’re having a difficult time figuring things out, you need a professional. 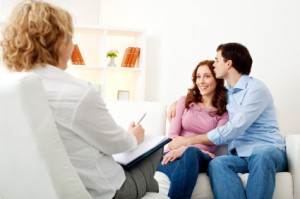 One on one therapy is an important part of psychology, and has been well studied and tweaked to work for a huge variety of different types of people. However, relationship therapy is still growing and being figured out. There are many details that make it difficult to work out.

Due to this, many people get the idea that relationship therapy simply can’t work for them. They’ll say things like ‘what are relationship therapy psychologists? A waste of hundreds of dollars and dozens of hours!” Unfortunately, this quickly becomes a self-fulfilling prophecy.

Then they point to their broken relationship and decide that relationship therapy was useless. That’s not the case at all! That’s no different from refusing to go to a medical doctor until your leg wound has become completely infected with gangrene, refusing to do any of the things the doctor says you need to do in order to save your leg, and then claiming that because your leg had to be amputated, medical doctors are useless.

If you tried that, everyone would look at you as if you were an idiot. And rightly so! Yet when people say that relationship therapy doesn’t work, people simply nod sagely and agree that it’s a waste of money.

There are a few other reasons why relationship therapy can often break down. In one on one therapy, a psychologist is dealing with an individual. They can tailor the way they ask questions to that individual, and they can begin to learn how that individual reacts to things.

They get a feel for the individual, and use their understanding to help that individual open up and realize the problems they’re having and how to fix those problems.

That’s difficult enough when everyone is genuinely trying to make things work. Have you ever been part of a meeting with multiple people who want to work things out, but have different ideas for how things should go? It’s incredibly difficult! Yet that’s what a relationship therapist has to do.

The problems that a couple can have are numerous, and can cover everything from money to how often someone washes the dishes. Now imagine what happens when the couple isn’t really trying to work things out during therapy!

So what are relationship therapy psychologists? Sometimes, they’re miracle workers. More often, however, they’re simply psychologists who want to help your relationship work. Can they help you? They absolutely can. But like all therapy, you have to go in there with an open mind, truly willing to work through the problems you’re having with your significant other.

You can’t go in with the mindset that therapy simply isn’t going to work, because if you do that, you’ll be right. Instead, you have to go in there with the idea that relationship therapy can work, and that you and your significant other are going to make it work.

Only then will it actually work for you. Otherwise, you’d be completely right that it’s a waste of money. After all, if you’re not actually trying to make things work, why throw money at it?