About Psychology In Melbourne

Psychology is fascinating for those who are trying to figure out what is going on in their mind and how it impacts their life. There are many people who are not as careful as they should be and it begins to show. You have to realize there is a lot of value for those who are willing to do their research. Let’s take a look at a few key facts about psychology and what it is all about.

Money buys happiness is a claim many people tend to make and that is true to a point. Money can buy some happiness to an extent up to $75,000 (yearly income) and after that point you are not going to be adding anything of value.

You will not be buying more happiness after this point and that is one of the main facts that have been learned by those who are in this field. They realize a human being can’t do more for themselves or others beyond this point with their income, so shooting for more is rather a useless exercise at least at the mental level. It becomes more about appeasing others than yourself at this point.

You are not going to consider this when your favorite song does pop up, but you are going to be loving it because of an emotional memory you have linked to it. This could be your wedding song as you remember the day for its happiness and all the joy it brought. It could be a song you used to sing with your sister and how you remember all those wonderful times you had together while young.

These favorite songs always have a story to tell and that is what triggers happiness in the mind when they are played.

Being Around Happy People Dictates Mood

Spending On Others Makes You Happier

When you spend money on others, you get more out of it than when you spend it on yourself. The mind has been studied and the feeling of happiness when bringing joy to another person is one of those feelings that can’t be redone by spending on yourself.

This is one of the reasons why giving gifts is a common practice as people love giving to those that are close to them whether it is friends or family. The act of giving not only comes through gifts but through charity as well. These are the reasons people are often charitable.

Most smart people are not going to be as aware of their abilities as those who are not. This is important to note for those who tend to remain laid back. This is why most people who are smart tend to remain to themselves and prefer to keep things close by.

While, those who are not as ‘smart’ tend to be loud and obnoxious about what they have to say and believe it to be gospel even if that is not the case at all and they are wrong. It is important to keep note of this while seeing how the world reacts.

The reason people tend to remember past events comes down to remembering a memory they had of that event. IN most cases, you are not going to be able to go all the way back to when the memory happened unless it occurred yesterday. 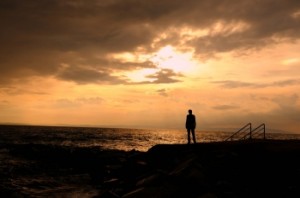 You will only remember the last time you remembered it. This is why people tend to forget more and more of the same event even though it feels like it was yesterday. They will forget simple things such as the clothes they were wearing, what reactions were being given, and many other minute details.

Those who go out of their way to announce what they are planning to do are less likely to do it. This can add undue pressure and can help you push things away rather than moving towards them as you would have if the announcement was not made.

These are some of the key facts about psychology a lot of people don’t know and/or don’t appreciate as much as they should. These are aspects of psychology that can often make people think twice about how they live their life and the direction they are going in as a whole.

Those who are not careful are the ones who are going to miss out on the joys of life. Make the most of these facts to learn more about who you are as a person and what the mind is thinking during your day-to-day routine. It can make a massive difference.