When most people who are new to therapy think of psychotherapy they think of a person lying on a couch talking. That was the case with psychoanalysis, which got its start with the father of psychology, Sigmund Freud, in the 1800s. Freud believed talking through childhood wounds would address the causes of all the issues.

Fast forward and the world of psychology has evolved into a much more solution-oriented and  efficiency-oriented practice. It turns out psychoanalysis, although this has contributed a lot of knowledge to the world of psychology, sessions where the individual would only talk and the therapist would listen about childhood wounds through recapitulation is not always effective because only listening does not allow the wounds to heal. Further intervention is often needed.

What Is Cognitive Behavioral Therapy?

In this field of psychology practice, the client comes in with their problem. Imagine that it is a man who has it all (success, money, looks), and who wants to get married, but seems to botch up every relationship. 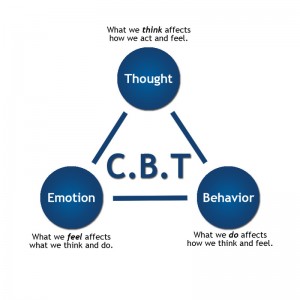 By understanding how the client approaches women and what his beliefs about relationships are and the origins of these beliefs, the psychotherapist can implement new tools and ways of behaving that actually change beliefs and functioning can improve.

Let’s say that during the course of therapy, this gentleman sees his mother and sister as a grown up for the first time in 5 years, and comes in upset to his next appointment. It turns out that these women who raised him badgered him, and he feels suffocated around them.  He realizes by talking to the therapist that while he would like to get married, he is afraid that he will end up feeling suffocated and put down like he was as a child, at the hands of a wife.

The icing on the cake occurred when the mother told him he would never find a woman who could love him. He is going through relationships with a fear of commitment, even though he throws himself into relationships and he would really like a healthy relationship.

In the paradigm of cognitive behavioral therapy he would be given new tools; meaning, new ways of acting are behaviorally incorporated that teach the brain to build new beliefs.

He is also making the assumption that every woman will be like his mum and sister. The psychotherapist is aware of the automatic thoughts and the underlying beliefs that contribute to distressing emotions and dysfunction is having a negative impact on the guy’s life.

Another aspect that answers what is cognitive behavioral therapy is that identifying such distorted thoughts and beliefs allows the individual greater empowerment. They learn what their mistaken beliefs are and can therefore learn to control their resulting emotions and make better behavioural choices.

To review, cognitive behavioral therapy is useful for mental health counselling with a therapist or psychologist where the individual attends regular sessions over a period of time. It enlightens the individual of cognitive inaccuracies and negative thinking to respond more effectively to life’s challenges.

It is not necessarily that the individual changes the situation but rather changes how they perceive and how they respond to it. Cognitive behavioral therapy is a helpful tool in treating mental disorders in this regard and provides tools and options for better coping.

Cognitive behavioral therapy can be helpful whether a mental illness is present or not, because everyone comes across problems and everyone has some distorted thoughts (habits of thinking programmed from childhood). There is nothing necessarily wrong with the person who has distorted thoughts. That means that the definition for what is cognitive behavioral therapy expands to include people who both have or are absent of biochemical imbalances. 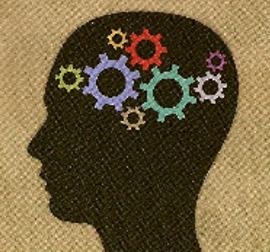 Cognitive behavioral therapy is generally more short-term, as it aims at finding solutions to problems by identifying false beliefs and changing the behavior that pairs with them.

Some issues that may be helped through cognitive behavioral therapy could be for people with ADHD who need tools to interact less compulsively eg. in social settings. A depressed person who is having trouble getting out of bed since their layoff may feel unable to do anything. The cognitive behavioral therapist might have them journal what they dread about a chore or task, and then do it, and then record what they liked about it.

For instance, they may like feeling refreshed and clean. It might start to help the individual begin to look at the benefit of everyday tasks rather than viewing them as chores.

What Is Not CBT?

A psychotherapist does not and cannot prescribe pharmaceutical medications. People commonly are reluctant to take medication from their psychiatrists, which are the medical doctors who prescribe medications used to stabilize or maintain a biochemical imbalance in the brain.

The second huge myth is that anyone who goes for talk therapy, or psychotherapy is insane or crazy. That is not the case. It is just a willingness to get help for problems that they have. Some problems are a faulty belief, and require shorter-term solutions, and other problems may be complicated by any various assortment of clinical or situational depression, a myriad of anxiety disorders, or even schizophrenia, for instance.

Everyone is truly different, and there is no judgment from a psychotherapist because they realize that everyone is different, coming from different stages of life with different mental capacities and strengths and different weaknesses.