5 Facts About Depression In Melbourne

Have you ever felt like you are down in the dumps, sinking further into the blues and even felt like you are being weighed down by a heavy burden? Well, chances are that you were suffering from the symptoms of depression. 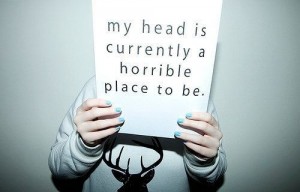 In simple terms, depression is a feeling of deep sinking that is usually associated with sadness. Those who suffer from depression will usually define is as rejection, hopelessness and sadness. This is a felling that fails to fade away and can’t be attributed to a triggering factor. It manifests itself in an array of symptoms which include insomnia or lack of sleep, low mood, appetite disturbances and hopelessness. People tend to think that depression is something that can be discarded at will, which is usually not the case.

Most people tend to associate this condition with the normal healthy ‘depression’ that one may experience after a distressing experience. Well, we all know that that one fades away in a few days, but if this sadness begins to interfere with a persons day to day routine or diversely influences their psycho-motor skills, then that is a sigh of serious depression and must be handled with the seriousness it deserves. That said, there are a few things you might want to learn about depression. In this article, we are going to briefly look at 5 facts about depression with an aim of understanding more about this condition and doing away with the confusion.

Depression Is A Real Illness

The number one fact that you ought to know about depression is that it is a full blown disorder and a real illness. The brain contains chemicals that control our moods and so, depression is caused by their imbalance in the bran. Sometimes, you may suffer depression due to a severe loss, but in clinical depression, the spontaneous malfunctioning of the brain is usually the cause. This means that the victim is helpless when it comes to clinical depression and one should not conclude that they are somehow responsible for it. Ideally, other people should not take it as something the victim can just snap out of.

The second fact you should know about depression is that it not only affects the brain, but displays itself physically as well. The victim suffers from all kinds of pains and body aches which include, chronic back pain, limb pain, joint pains, headaches and chest pains as well. The patient will also feel weak, fatigued and will have a droopy self esteem. Because most of these symptoms spruce up with other many conditions, many individuals never get help. In fact, very few people are able to identify that they are suffering from depression symptoms.

Depression Interferes With The Ability To Think And Concentrate

Yes, depression deranges the patients ability to think, analyze and even focus. This explains why depressed people will find it hard to make a decision or even concentrate as their cognitive functions have been extremely disturbed. This is why you will notice a depressed person being very unproductive at work or fails to perform well in class.

The fourth fact to know about depression is that it is a condition that causes constant irritability and ultimately social impairment. The victim will be easily inflamed by the smallest provocation from friends and family and they can be very fragile with trifling issues. Therefore, the patient will often find themselves wanting to isolate themselves from people and hide their inner feelings from others.

This particular isolation that is self-imposed is usually the worst thing about depression. The danger of self-imposition is that the victim will usually entertain self destructive thoughts, which ultimately leads to suicide. This can be said to be the biggest damage that depression can cause. The victim will have recurrent thoughts, ideas and will even day dream about death as the best solution. At this point, life for them seems to be hopeless and without purpose, even if they are well-settled. The person will think about suicide, the suicide plan, the attempt as well as the life after. The fact remains that the patient does not want to conjure this by themselves and these thoughts are generated as a result of isolation.

This means that if a depressed person shows the slightest sign towards suicide, he or she should be taken to a medical institution and treated at once and closely monitored by a professional.

A psychologist will talk through the depression with the patient, which acts as a treatment for many. For some, antidepressant will work for them, but for the mild depression, talk therapy is the best. In fact, medication and therapy combined will work best than medication alone.

These are the 5 facts About depression that help you understand this condition better and how to treat it accordingly.