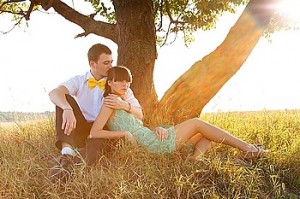 By going over the 5 tips to relationship counselling here you can begin to understand how you can make sure your relationship is in shape. There are plenty of people out there that need help in their relationship, but they are not sure of where they can turn to get the help that is needed. By going through the 5 relationship help tips here and getting into counselling, you’ll stand a much better chance at keeping you and your partner happy. Don’t give up on this quite yet and begin going through the tips here now!

1. Don’t Give Up On The Relationship

While you may think that it’s over for your marriage or relationship, remember that it probably can be worked out. All you need to do is lay out what the problems are and work with a counselor. Unless the relationship is abusive, you can probably iron out problems. Remember that you did see something in the person you liked, and you can probably look into what’s going on again to find a good resolution before moving on.

One of the best of the 5 tips to relationship counselling is to make sure you don’t blame someone else all the time for everything. Even if they were to do something like forget a chore, don’t blame them for it as if they are a terrible person. People make mistakes, and the more you try blaming people the worse it’s going to make your relationship. Know that nobody is to blame but yourself after you start to complain about every little thing, because when you are always seeing what’s wrong with someone it’s generally you who has the issue.

3. You Cannot Change Others Fully

Never think that you’re able to take a person and change them. You may be able to, for instance, get them to enter a new career path that makes them happier, but after someone enters their adult life they’re not going to want to change. Don’t think that you can try, for instance, to make someone believe in a different religion just because you don’t like what their beliefs are. Instead, it’s best to move on if you just can’t live with who someone is on the inside and what their personality is like.

4. Getting Smart About Picking Fights

Fighting can be the end of a relationship, but do know that arguments and other disagreements are normal. You can’t live with or be around someone all the time and think everything is okay at all times. Just know that some things are not really all that important for you to deal with in a fight. Try to know when to let things blow over, and sometimes it’s best to just let the other person speak their mind while you let it go. It’s better to argue when it’s important so you’re not wasting too much energy on things that are not going to matter later.

Don’t expect one person in the relationship to take on all of the responsibilities. This needs to be something that you both are taking on in an even way. Even if one of you works but the other stays home, the person staying home can work just as much on taking care of children or cleaning up as the person is doing at their job. Try to switch up chores and other things that have to be done so that it doesn’t become boring to be at home and trying to get it cleaned up and running nicely.

Once you figure out what it is that you need these 5 tips to relationship counselling for and use them, you can see good results. There are many ways that this can go well, but if you’re not careful it may backfire on you. It’s best to take some time to really think through what is going on so that you are able to have a much better life when you’re with someone. By just ignoring your problems, you make them get worse and worse over time which could have your relationship going up in flames after some time has passed.